Guest article by Gabor Steingart: Everyone ignores their election promises in traffic lights

Everyone in the federal government is doing the opposite of what they promised their constituents. This is how the traffic light coalition practices the upside-down game.

The one with one Links marked with a symbol or underline are affiliate links. If a purchase is made, we will receive one Provision – at no extra cost to you! More info

Do you know the idea of ​​an “inverted world party”? If not, inquire with a children’s book author of your choice – or directly with the Federal Chancellor.

The idea of ​​this disguise festival, popular in many kindergartens in Germany, lives from the fact that the world is upside down. You have to show up in stockings and then put on your shoes in the hallway. The girls wear leather pants; the boys a pink dress. You are greeted with the words “Goodbye” and said goodbye with the sentence: “Nice that you’re finally here.”

If the James Bond director were inspired by the upside-down idea, the secret agent’s king-size bed would not be draped with a blonde, but with a drag queen. The tenor in Bayreuth would yell at his audience AC/DC style: Are you ready to rock ‘n’ roll? Angela Merkel, brave as she is, would encourage her Joachim Sauer, who even on normal days looks as if he had swallowed a lemon: We can do it.

Exciting, but no time right now?

What is new is that the idea of ​​the “Verkehrte-Welt-Party” left kindergarten for the federal government. With admirable Seriously, everyone in the cabinet does the opposite of what they actually promised their voters. The surreal has become real. The motto of cabaret artist Wolfgang Neuss applies: “Imagine it works, and nobody can do it.”

The chancellor of the peace party SPD, raised by his great-grandfather Willy Brandt in the spirit of detente, ordered tanks, rockets and field howitzers for 100 billion euros from the armaments industry. Soon they’ll be shot back, maybe. And definitely with respect. Olaf Scholz calls the audience “turning point”.

The Green Vice-Chancellor is on the road as a flying Robert in the government plane to buy fossil fuels with a high CO2 content from the oil sheikhs. He is no longer anti-authoritarian but submissive. What a beautiful directorial effort.

His new criterion for success is no longer the proportion of sun and wind in the energy mix, but the filling level of the gas storage tank. For every nuclear power plant that is switched on, there has recently been applause from the press bench. They are the same people who called for the exit in their editorials yesterday. Now, instead of sparklers, they hold real fuel rods in their hands. The first demand that Putin’s war has made them foolhardy, the stretching operations for Chernobyl. 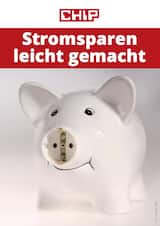 Energy has never been as expensive as it is now. But instead of panicking, you should calmly check potential savings at home. As our guide shows, there are many of them.

The car driver, yesterday still the green enemy, is being lured to the gas pump by the upside-down world government using every trick in the art of seduction. The modern marshmallow looks like a tank discount. It’s expensive, but vegan. Markus’ eighties song is played softly in the background: “And petrol costs three marks ten, it doesn’t matter, it’ll be fine, I want to drive, I want fun, I’ll step on the gas.”

Christian Lindner has the donation trousers on

Even the liberals play along with relish. Even if Christian Lindner sometimes inadvertently pulls out of his pocket the old speech note, the one about thrift and solid household management. But in the meantime he has put on the donation pants, in unisex and extra large. His friend Robert helped in the dressing room.

Now only one person has to stamp down the remaining FDP posters from the last election campaign: “Let’s not inherit debts, but opportunities,” it read. Now that’s not funny anymore. This disrupts the flow of the game. Ricarda Lang, your mission please!

The audience is confused

The audience – and this should not be kept secret at this point – still has a hard time with the upside-down game. Many believe that this is a new season of “Do you understand fun?” Where are Kurt Felix and Paola?

Of the Prime Day is taking place for the second time this year: from October 11th to 12th, Prime subscribers can again shop for exclusive bargains. All information and advance deals can be found in our Prime Day News.

No Prime subscription? Then take a look at our vouchers page. Here there is always Top offersto your cart with Discount Codes made cheaper by Amazon.

The opinion polls that a certain Professor Manfred Güllner regularly collects in the foyer show the degree of confusion. The government no longer has a majority. Neither does the opposition. Although Friedrich Merz has already boarded his twin-engine Diamond DA62 in Sauerland.

Many await salvation through explanation. The identifying mark of the perplexed is the questioning look. Or to paraphrase Albert Camus: “The absurd only makes sense insofar as we do not come to terms with it.”

Gabor Steingart is one of the best-known journalists in the country. He publishes the newsletter The Pioneer Briefing. The podcast of the same name is Germany’s leading daily podcast for politics and business. Steingart has been working with his editorial team on the ship “The Pioneer One” since May 2020. Before founding Media Pioneer, Steingart was, among other things, Chairman of the Management Board of the Handelsblatt Media Group. You can subscribe to his free newsletter here.

Putin is threatening nuclear weapons, but they have major weaknesses

Brazil report 1st MONKEYPOX Death out side Afriqa
By Newsicon.org

Top 5 Best Largest Software Companies in the World 2022
By Newsicon.org